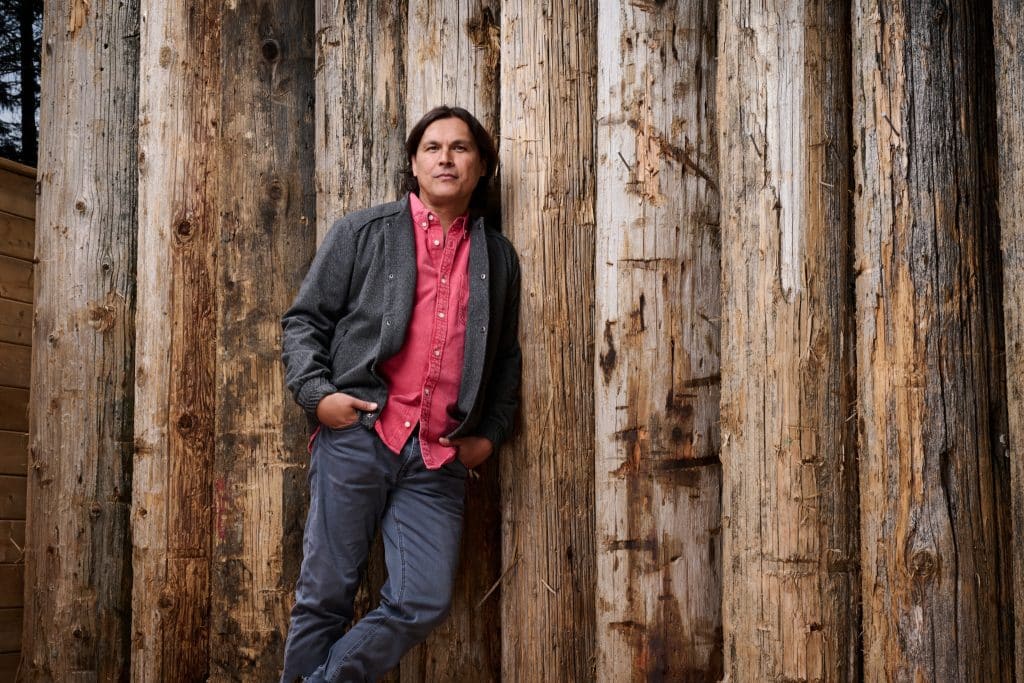 About Adam Beach from “Suicide Squad”: Wife, Net Worth, Kids

Adam Beach is a San Diego World Film Festival Award-winning Canadian actor, who is perhaps most famous for playing Victor Joseph in the movie “Smoke Signals,” Frank in “Dance Me Outside”, and Slipknot in the film “Suicide Squad.”

Adam Beach was born under the Scorpio zodiac sign on 11 November 1972, in Ashern, Manitoba, Canada, and is 50 years old as of 2022. He was raised in Dog Creek First Nation Reserve, alongside his two brothers, by his mother Sally Beach, and his father Dennis Beach. Adam’s family was struck by a tragedy when he was a child, when his mother was hit and killed by a drunk driver when she was eight months pregnant with a baby girl. Sadly, his father drowned in a neighboring community eight weeks after the death of his mother  – it’s never been established whether his death was accidental or as a suicide. Beach went to live with his aunt and uncle (his brothers lived with his grandmother, who is of Icelandic ancestry) in Winnipeg at the age of eight, and because he lost his father at a very young age, he called his uncle dad.

Beach developed an interest in acting at an early age, which drove him to attend drama classes at Gordon Bell High School, and was also highly involved with the drama club, and appeared in several plays while a student, and actually dropped out of high school to begin his acting career.

Adam is a very active philanthropist ,and has donated to several charities, especially those created to help street children.

He revealed during an interview with NewInt that his father’s mysterious death made him very afraid of water, and he still lives with a water phobia.

Beach is also a motivational speaker who visits schools to counsel native children, encouraging them to work hard to realize their dreams. During an Interview with Time Magazine, he said ‘I do acknowledge my status as a role model for Native American people. I carry it on my sleeve. I do want a younger generation to look at me and say, “Wow, what did he do to achieve such status in Hollywood?”’

Adam Beach is set to return to Vision Quest Conferences May 16-18th, 2017, attendees will get to listen and experience…

He revealed that he was in a criminal gang when he was a teenager, adding that his involvement with the gang was a way to ‘escape’ from his sad childhood experiences. Luckily, he transformed when he began acting.

His determination to help the youth and native American entertainers rise to stardom drove him to create Adam Beach Film Institute, Canada, but it’s now listed as permanently closed, however, its website is still running.

Adam began his acting career when he appeared in the 1990 TV miniseries “Lost in the Barrens,” which is based on the eponymous novel by Farley Mowat. He was later seen in a 1995  episode of “Walker, Texas Ranger”, playing Tommy Bright Hawk, and then in “Touched by An Angel” as Dillion New Eagle in 1996. Before the decade ended, he appeared in the TV show “The Rez” in 1996, and in the episode “Medicine Man” of the drama “Dead Man’s Gun” as Tom in 1997.

Adam made his film debut as Will in 1993’s “Cadillac Girls”, before he appeared in “Dance Me Outside” as Frank Fencepost in 1995, and “Smoke Signals” in 1998. He then appeared in “Joe Dirt” in 2001 and landed the role of Private Ben Yazzie in the John Woo-directed film “Windtalkers,” in which he shared the screen with famous Hollywood actors such as Nicholas Cage, Christian Slater and Mark Ruffalo.

In 2006, he played Ira Hayes in Clint Eastwood’s “Flags of Our Fathers,” which received two Academy Award nominations, and in the same year, he appeared as Charles Eastman in “Bury My Heart at Wounded Knee”, and was later seen in 2008’s “Older than America.”

Adam has been nominated for at least nine awards, and has won three out of these – he bagged an American Indian Film Festival award in the category of Best Actor for his appearance in “Dance Me Outside”, and a First American in the Arts Award for his contribution to “My Indian Friend” both in 1995, Also a San Diego World Film Festival Award in 1998 for his appearance in “Smoke Signal.” In 2006, he was nominated for a Satellite Award for the Best Supporting Actor for his role in “Flags of Our Fathers”, and his role in “Bury My Heart at Wounded Knee” saw him nominated for two awards, a Golden Globe and an Image Award, both in 2008. Adam was also nominated for a Canadian Screen Award for his contribution to “Arctic Air.”

Adam has married thrice – in 1999, he walked the aisle with Meredith Porter, whom he had welcomed two sons with – Noah, born in 1996, and Luke, born in 1998. He divorced Porter in 2002, and married the model and actress Tara Mason in 2003 and their relationship lasted until 2007. He later exchanged vows with the actress and producer Summer Tiger, who is famous for appearing in “Coyote Howls” in 2015. The couple have welcomed a daughter named Phoenix.

Adam is alleged to have dated his “Arctic Air” co-star, Leah Gibson, whom he met on the sets of the series in 2013.

Adam is of Indian-American ethnicity, and has a pair of black eyes and black hair. He’s 5ft 11ins (1.82m) tall and weighs approximately 159lbs (72kgs); his chest size is around 43ins.

Beach began acting over three decades ago and has carved a niche for himself in the entertainment industry, and earned a good sum from his appearances in over 98 films and TV series. He is reputedly worth approximately $2.5 million, as of 2022.